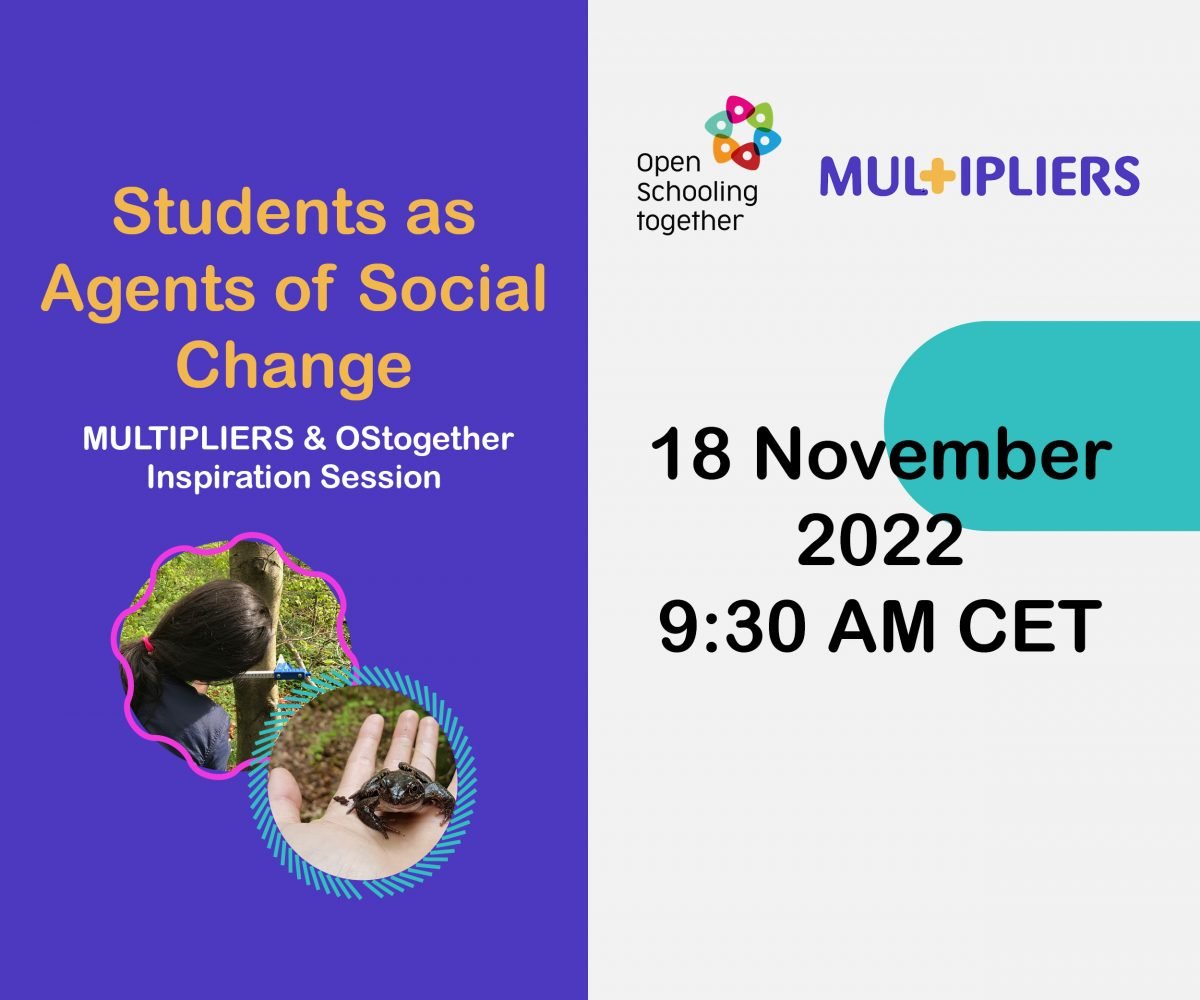 What does the school of the future look like? The times when students were considered mere recipients of information are over. Still, schools haven’t fully transitioned yet into a model that strongly encourages student participation, agency and self-efficacy, preparing pupils to tackle real-world challenges. With a focus on science education and sustainability dilemmas, the MULTIPLIERS Horizon 2020 project is addressing that gap. Through its Open Science Communities in six EU countries, MULTIPLIERS is connecting school science to real life, empowering pupils to act as knowledge multipliers across society, and developing students’ scientific argumentation and critical thinking skills.

Join our first dissemination event, organised in partnership with the Open Schooling Together initiative, to:

Register for the webinar! 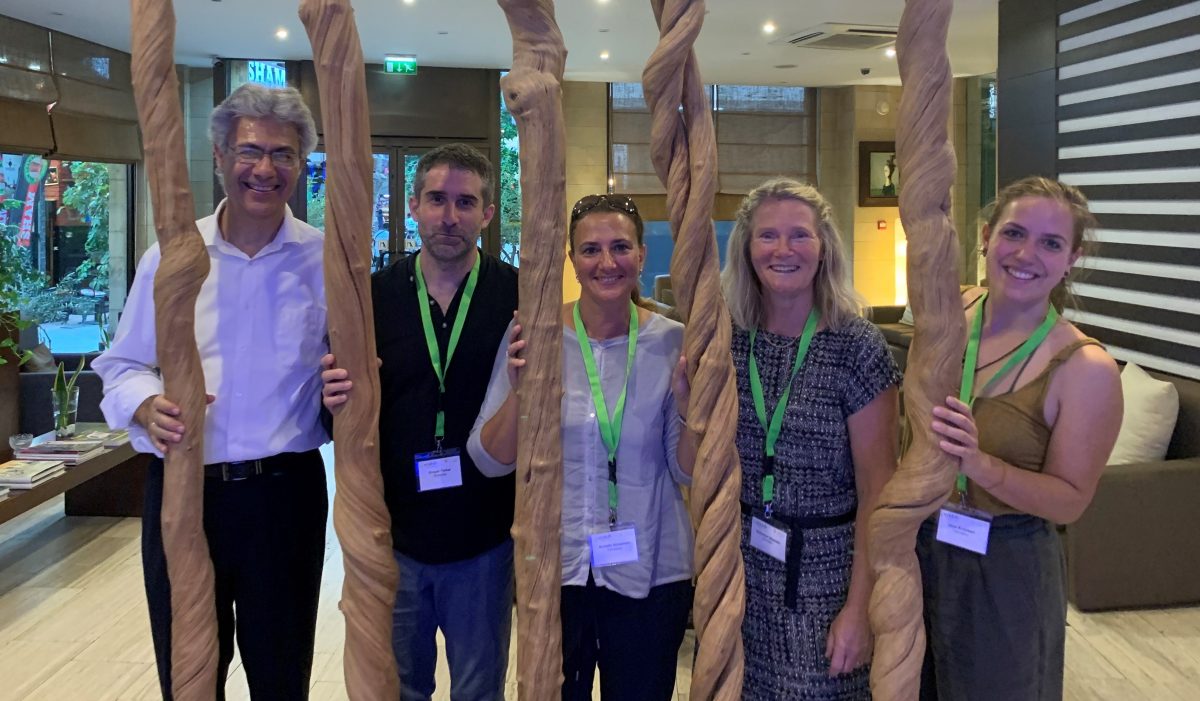 From 29.08.-2.9.2022 the ERIDOB (European Researchers in Didactics of Biology) Conference took place in beautiful Cyprus. Four of our project partners who attended the conference to present their research took the chance to meet in person and exchange ideas about the current Multipliers activities (Universities of Cyprus, Ljubljana, Bonn and Umeå).

It was a brilliant opportunity to talk to each other – finally in person! – and we cannot wait for our project meeting in Barcelona in November where all partners will come together. 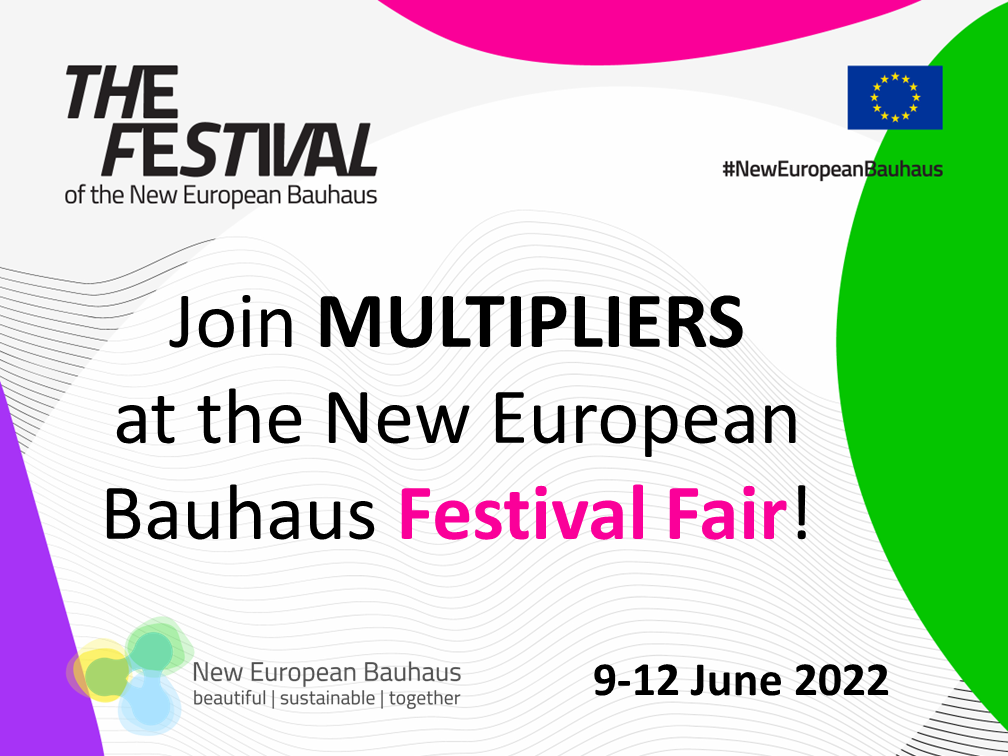 From 9 to 12 June, the European Commission organises for the first time a Festival dedicated to the New European Bauhaus (NEB). Designed around three pillars, Forum, Fair and Fest and based physically in Brussels, at Gare Maritime & Mont des Arts, but equally around Europe and online, the Festival of the New European Bauhaus will bring together people from all walks of life to explore, debate and shape a beautiful, sustainable and inclusive future.

MULTIPLIERS will be represented at the Festival Fair by our project partner University of Ljubljana, who will engage festival-goers in science experiments linking science, sustainability and art. The Fair is co-created: out of the 316 applications received, 100 projects were selected to be displayed at NEB both on fixed and innovative mobile supports (from e-bikes to electrical tuk-tuks) scattered across the city centre.

Based on the original Bauhaus movement ideals – to revolutionise the relationships between different disciplines – but upgrading it to the challenges of the 21st century, the New European Bauhaus is, in the words of the European Commission President Ursula von der Leyen, a “new cultural project for Europe”. After this first pilot edition, the festival should travel in the years to come to other European cities to spread awareness of the movement to all the corners of the Union.

Attending the festival? Look for our booth and join our science experiments!

We use cookies on our website to give you the most relevant experience by remembering your preferences and repeat visits. By clicking “Accept All”, you consent to the use of ALL the cookies. However, you may visit "Cookie Settings" to provide a controlled consent.
Cookie SettingsAccept All
Manage consent

This website uses cookies to improve your experience while you navigate through the website. Out of these, the cookies that are categorized as necessary are stored on your browser as they are essential for the working of basic functionalities of the website. We also use third-party cookies that help us analyze and understand how you use this website. These cookies will be stored in your browser only with your consent. You also have the option to opt-out of these cookies. But opting out of some of these cookies may affect your browsing experience.
Necessary Always Enabled
Necessary cookies are absolutely essential for the website to function properly. These cookies ensure basic functionalities and security features of the website, anonymously.
Functional
Functional cookies help to perform certain functionalities like sharing the content of the website on social media platforms, collect feedbacks, and other third-party features.
Performance
Performance cookies are used to understand and analyze the key performance indexes of the website which helps in delivering a better user experience for the visitors.
Analytics
Analytical cookies are used to understand how visitors interact with the website. These cookies help provide information on metrics the number of visitors, bounce rate, traffic source, etc.
Advertisement
Advertisement cookies are used to provide visitors with relevant ads and marketing campaigns. These cookies track visitors across websites and collect information to provide customized ads.
Others
Other uncategorized cookies are those that are being analyzed and have not been classified into a category as yet.
SAVE & ACCEPT